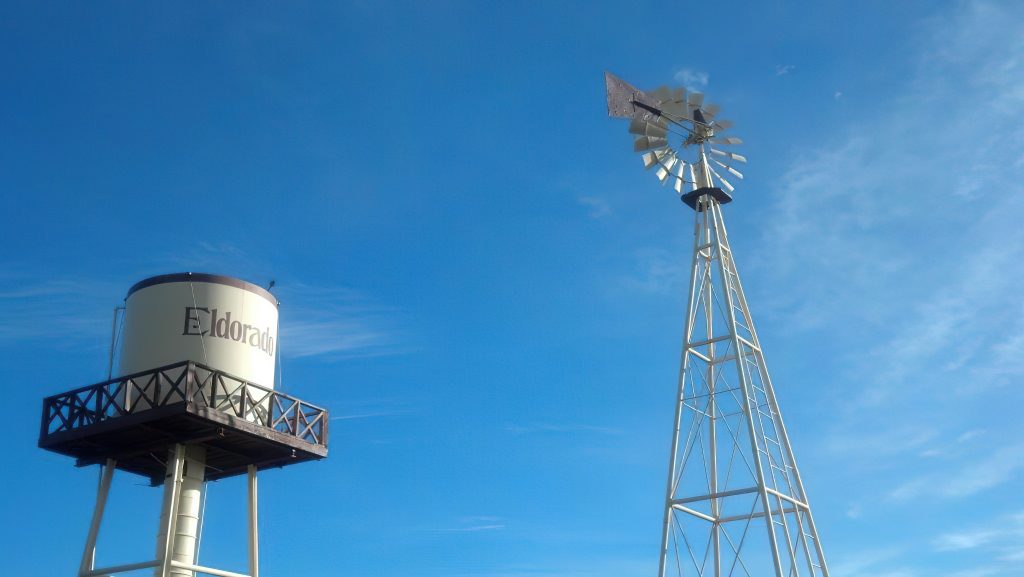 In 1996 a group of volunteers completed the writing of Windmills and Dreams, A History of the Eldorado Community and Neighboring Communities.  Around 2012, no copies were to be found, even in dusty boxes of the ECIA Community Center. Yet newcomers to the community were interested in learning about their new place of residence.

The 2016 edition emerged starting from a printed copy of the 1996 book. Much of the text has been reorganized and edited for readability. Portions of the old text which were not of general interest were removed, but now appear below. This includes biographies, footnotes and appendices.

This 2016 edition has been updated with area history between 1996 and 2016. It includes information about the growth of commercial services and an important section about the history and status of water in our community. Most photos in the 2016 edition were submitted by residents after a call for pictures.

To purchase at the Community Center, please have a check for $15.00 made to ECIA – Windmills.